1. Avoid conflict and any situation in which they’d have to actually express their feelings

For some reason, guys hate having to talk about how they feel. You never know what they’re thinking or if something is bothering them, which makes interacting with them incredibly frustrating. PUT DOWN THE FLAMING HOT CHEETOS AND TALK TO ME, GODDAMMIT!

Maybe this is just me, but I think eating copious amounts of red meat is disgusting. Do you really need to eat 4 cheeseburgers? Every time I watch a guy eat the equivalent of an entire cow, I feel the need to hurl. It’s called portion control, buddy. And if you eat that much red meat, you better not try to use my bathroom afterwards. I’m not about having to Febreeze my bathroom for two weeks straight just to get the smell of shit to go away.

3. Pick on those weaker than them to look tough.

Guys always feel the need to assert their dominance and seem like the toughest guy in the bunch. Newsflash bro, you don’t look tough- you look like a mothafucking asshole. Don’t haze people or try to intimidate kids smaller than you. It’s petty and cruel and it does nothing but highlight the fact that you have and are a chode.

4. Refuse to do things because they’re “girly”

Whenever guys have to do something “feminine” they flip a shit.  Just because it’s an activity women like doing doesn’t mean a guy can’t like it too. Don’t be so butthurt man, it’s iceskating you’re not going to die. Masculinity and femininity are invented social constructs anyways (#itookawomensstudiesclassonce). In fact, girls like it when guys are in touch with their “feminine side” and can take their head out of their ass for five minutes to do something they wouldn’t normally do.

5. Act different when they’re around their friends

Guys have two sides to them. One on one, they can be really sweet, funny and laid back but with their friends they’re usually arrogant, rude and dismissive. It’s annoying when you see a guy act like an asshole when you know deep down he’s actually really sweet and sensitive.  At the end of the day it doesn’t matter what you’re like on the inside, if you treat me like shit in public then I’m not going to suck your dick anymore. END OF STORY.

6. Assume that they inherently deserve things because they’re men.

Guys, especially white ones, are so fucking entitled. Just because you were born with a penis does not mean the world owes you soon. Guys fail to realize how privileged they are and spend most of their time complaining when a woman or minority gets something over them. You don’t deserve a trophy just for existing, buddy.

7. Invest way too much energy into their sports teams

I’m glad you’re passionate about something, but will you please shut the fuck up about the Patriots?  It’s not like you’re on the team, or the coach of it- so why are you so crazy about it?

8. Only interact with girls when they want to have sex with them.

It’s a known fact that the things guys think most about are food and sex. But at the same time, realize that sex isn’t just about you. Just because you enjoy meaningless sex doesn’t mean everyone does. To some people, sex is an intimate, vulnerable thing so don’t take advantage of people just so you can get it in. And don’t treat women like sex objects- it’s disgusting and usually counterproductive to you getting laid.

9. Never ask for directions and think they can fix anything

For some reason, guys can’t admit when they’re wrong. Dude, just accept you have no idea where you’re going and pull over and ask for directions. Don’t be a stubborn fuck, ask Siri to help a brother out.

Do guys pretend to be oblivious or are they in fact actually oblivious? The world will never know. Guys can be so dense sometimes. They never think twice about how the words they say will affect somebody and they never pick up on social cues. How did you not know your girlfriend was mad at you? YOU FORGOT HER BIRTHDAY!

11. Feel the need to grow facial hair to prove they can look like apes.

Some guys look good with facial hair…emphasis on some. Congratulations that you can grow a pedo stache, now will you please shave that thing off. Every time I kiss you it’s like kissing Stanley Tucci from the Lovely Bones and despite popular belief, I’m not a huge fan of kissing child molesters/serial killers. 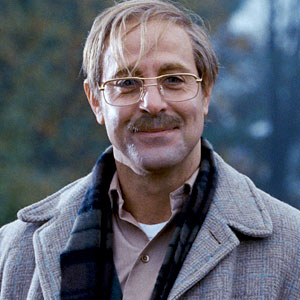 3 thoughts on “11 Annoying Things Guys Do”