1.) While women rely on botox and other surgeries to remain youthful, gay men actually feed on the life force of each other to stay young. Young gays steal the youth of older ones whenever they walk by or say something pop culture relevant while older gays can only stay young if they sleep with gays significantly younger than them.

2.) There’s about a million and one types of gays and yes, they’re all equally terrible.

6.)  We, along with elderly Parisian women, are solely responsible for keeping the scarf industry alive.

7.) We age a lot like Chinese women- in the sense that we look pretty good up until the age of 60 and then it’s like POOF (we look like this).

8.)  Through the process of evolution we have developed a highly tuned gaydar that helps us find mates (which results in us spending our free time pointing at couples and saying the guy in it is closeted).

9.) The only thing we fear more than getting older is getting fat…or becoming so defeated in life that we think wearing denim on denim is acceptable.

10.) We believe the closest things humans have to a deity is Betty White. 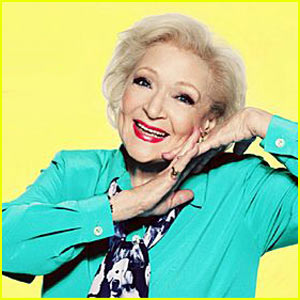 11.) We like to spend our time guessing people’s sexual preferences (top or bottom) and like to complain that whatever type we like is the one that is least prevalent.

12.) Eyebrow maintenance is pretty much non negotiable for us.

13.) We have a favorite popstar we would defend to the death (and no, Avril Lavigne is not one of them)

14.) When we die our main regret is usually something about how many carbs we ate during our lifetime.

15.) We are generally more beautiful than straight men which is a cruel fate considering that we cannot reproduce without spending a narcissistic 100,000 dollars on a surrogate to impregnate.

16.) We feel slightly compelled to lie to people and say our favorite movie is Brokeback Mountain…or Milk… when in reality it’s probably “Maid in Manhattan”

17.) We’re generally as racist or transphobic as straight people but cis folks feel too guilty to ever call us out on our shortcomings.

18.) We’re either really educated or really dumb…there’s no middle ground.

20.) We’re not all well dressed and some of us find shopping to be one of the greatest displeasures of life (but not as great of a displeasure as watching an episode of 2 Broke Girls)