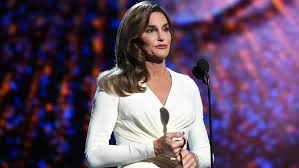 Last night Caitlyn Jenner delivered an incredibly moving speech while accepting the Arthur Ashe Courage Award at the ESPY’s. I have been incredibly proud and thankful that Caitlyn has been using her status and spotlight to bring attention to the issues that trans people face on a daily basis in a way that acknowledges the community and is easily understood by cisgender people. I truly believe that she is helping to change the social landscape in the United States, and that people are finally beginning to understand and accept the reality and legitimacy of the trans identity.

I am not a self-described “social justice warrior”, but I believe it is important to  use my platform as a writer to help people better understand unfamiliar things and promote sensitivity and respect for people who may differ from the norms. When it comes to Caitlyn Jenner and trans vocabulary, I truly believe that people are interested in using the appropriate terms, but simply lack the knowledge or life experience to know what is okay to say and what is simply problematic. I must also admit that it can be scary and overwhelming to learn about an entirely new thing, especially when you’re afraid of screwing up and saying the wrong thing. I think it is incredibly important, however, to make a real effort to educate yourself and learn more about the trans community because the best ally is an educated one.

Here are some important points I’ve devised based on excerpts from articles I’ve read about trans issues, preferred pronouns, and the like. I hope it informs you in a way that makes you feel comfortable and that it enables you to be a better ally

Deadnaming is when you call a trans person the name they were assigned at birth. For example, a lot of people refer to Caitlyn Jenner as “Bruce” when they mention the Olympics or anything that occurred prior to her public disclosure regarding her identity.  It’s understandable that people may think that’s the appropriate thing to do, but it can actually be quite detrimental to the person you’re referring to. Caitlyn has always been Caitlyn; Bruce was a social construct, an identity that made her feel alienated for a good portion of her life, and when you refer to her as “Bruce”, you’re negating that she’s always been Caitlyn, regardless of whether or not she disclosed that prior.

Meredith Ramirez Talusan makes a great point about deadnaming in her article, “What ‘deadnaming’ means, and why you shouldn’t do it to Caitlyn Jenner”: “It promotes the idea that a trans person’s gender only functions as long as she presents herself in a particular way, and puts way too much focus on transition as a before and after event, rather than one part of a long series of steps that trans people undertake to be able to live as our true selves.”

2. Gender is more than anatomy

It should be pretty clear by now that asking about someone’s genitalia is incredibly inappropriate and rude, regardless of the situation. We, as a society, put far too much emphasis on the body modification element of the transgender narrative. The truth is that not every trans person undergoes surgery, nor are they all afforded the opportunity to do so if they wanted because of the associated costs. A person’s gender is not dependent upon their genitalia, and when we put so much emphasis on surgery, we dehumanize and objectify the person we’re talking about. It’s also important to note that not everyone wants surgery. Often when trans people are depicted on television they are depicted as characters who hate their body and feel trapped in it, which isn’t true of all trans people. We should wholeheartedly embrace the gender identity of all people; regardless of any preconceptions we may have about what it means to be male or female. To be blunt, YOU don’t decide someone’s gender identity based on the stereotypes you think people should fall into, so don’t ever say “that’s a man in a dress” or invalidate someone’s identity because they don’t look the way YOU think they should.

3. While Caitlyn Jenner and Laverne Cox are great transgender models, they’re lives are not reflective of the typical trans person:

Transgender people are more likely to be underemployed or unemployed; black transgender individuals in the U.S. are nearly four times more likely to have a house hold income under $10,000 per year compared to all African Americans.  Seven transgender women of color were murdered this year, and many trans people face violence and discrimination on a daily basis. It’s not enough to say “Oh wow Caitlyn is beautiful yay USA we love transgender people” when the reality is, Caitlyn is an exception to the norm; we have to fight for legislation that will empower transgender people and we need to promote education and empathy so that they can live their lives without fear of being attacked or discriminated against for who they are.

Transgendered* implies past tense, it makes it sound like something has been done to the person. As Christina DiEdoardo humorously put it, “One day John Jones was leading a normal, middle-class American life when suddenly he was zapped with a transgender ray!” By moving away from using “ed”, we can better remind ourselves that people don’t just decide to become transgender, they’ve always been who they are.

Just because saying “they” may sound incorrect to you, does not mean you are excused from referring to people by their preferred pronoun. Some people don’t identify with “he” or “she”, and we shouldn’t make them feel weird about not ascribing to narrow gender norms. You may think there’s only male or female, but that isn’t the case, so we shouldn’t assume people’s pronouns just based on how we perceive them. If you’re confused as to what it is, just ask. It shows that you’re respectful and that you aren’t quick to judge people on outer appearance.

Here is a super cool infographic that breaks it all down in a digestible way: