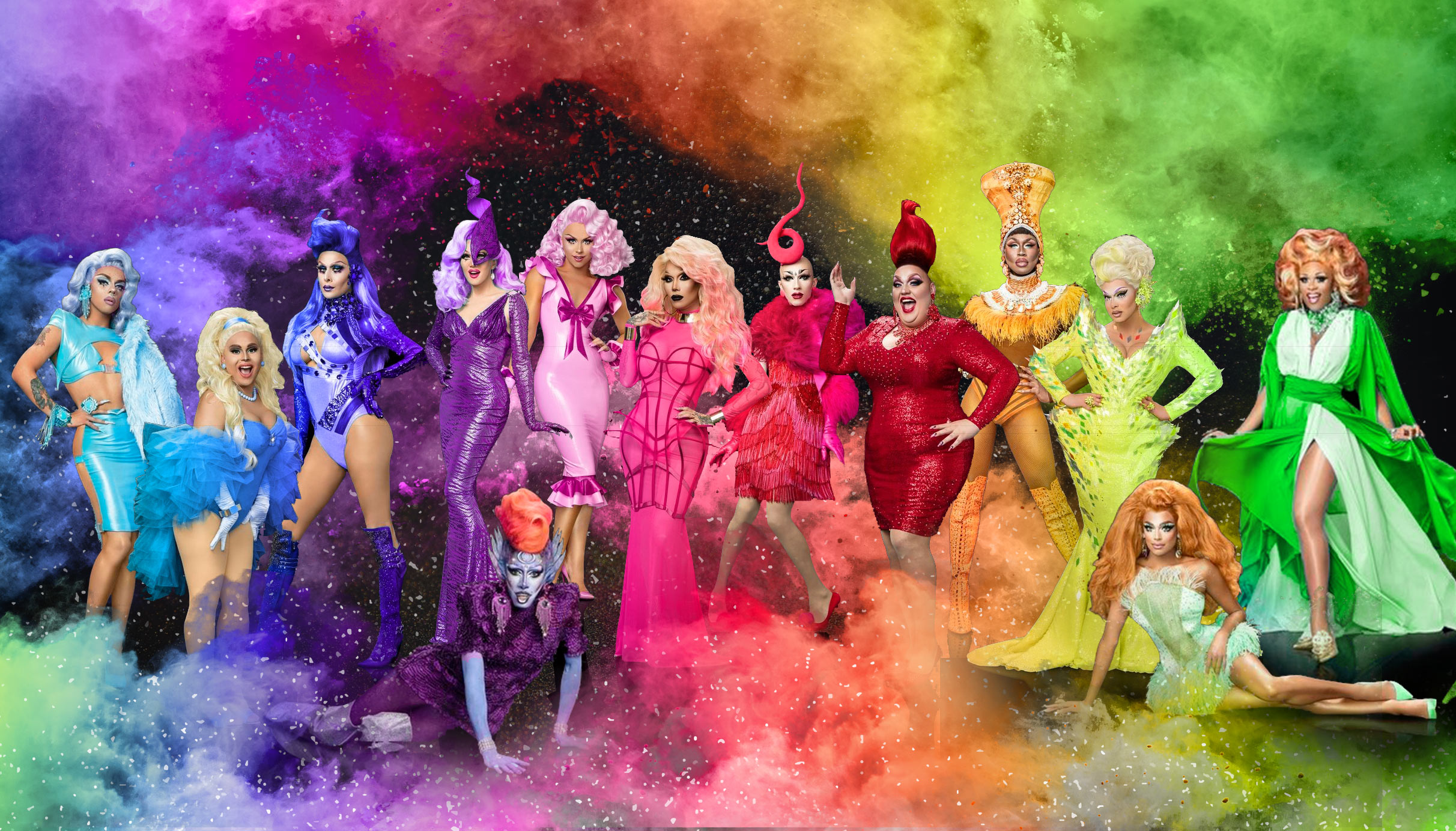 Peppermint, a  charming and seasoned NYC queen, is also the first openly trans contestant in Drag Race herstory (other queens have come out while on the show or after the run). While her style may be old school, her years of performing have built her a solid foundation to slay in a competition like this. But given the show’s troubled history with transphobia, will they take the time to her story correctly, or eliminate her before they have to?

Eureka, a plus-sized pageant queen, is sure to be compared to previous contestants like Ginger Minj and Penny Tration. As the big girl in the bunch, Eureka is going to have a tough time going up against beauty queens like Farrah and Kimora, who are generally more positively received by the younger fans. If Eureka can’t serve up high glamor and slay every acting challenge, she’s sure to leave the competition early on.

Trinity Taylor, an Orlando queen, is a pageant princess with some fierce talent—she even beat Alyssa Edwards in a pageant! And given the current political climate, producers will no doubt keep her around long enough to highlight the Pulse Massacre and the toll it took on the LGBTQ+ community. Only time will tell if the producers think she’s worth keeping beyond that.

Valentina is a fiery drag novice with an eye for beauty. She shows impressive skill for someone who has only been doing drag for 10 months but will her lack of experience cost her the competition.

Jaymes is already been compared to Jinkx and Ben with her kooky personality, retro personality, and commitment to her drag character. While she may be off-putting to some, her campy sense of humor and stage presence are sure to make her a contender in the competition. But will she be able to show the vulnerability Momma Michelle demands of our queens?

Alexis Michelle is a broadway queen with an arsenal of talents. She can sing, dance, act, and do it all in six inch heels!  If she can survive sewing challenges, she’s sure to get far in the competition.

At this point, Aja fits the character trope we’ve come to expect from Drag Race: skinny, pretty, young queen with an edge. Like Pearl, Violet, and Naomi, Aja is thin, glamorous, and badass. But does Aja possess the talents and insight to separate her from this crop of queens, or will she be carried through the competition to appeal to the younger fan base?

There is no question that Nina is the definitive makeup artist of season 9. She can serve up a look like no other and has the strong personality that lends itself to reality TV drama. But will her polarizing attitude help or hinder her?

Kimora is the stereotypical “pretty girl who knows she’s pretty”. She’s glamorous and conceited, but what popular girl isn’t? If she can act, she’ll make her mark in the competition as the mean girl not to be trifled with.

Bald is back, babies! Sasha, an early fan fave, is a Brooklyn queen with a fresh aesthetic and heart of gold.  She’s avant gard like Max and The Princess but in a way that’s polished and approachable. Odds are she’ll nab a spot in the top 4.

Farrah is a gorgeous fetish queen with a taste for latex. She’s young, beautiful, and incredibly polished, which practically guarantees her a spot in the top 3.

As the oldest contestant in Drag Race herstory, Charlie Hides has the insight and experience to slay the children. While she may be a comedy queen, she knows how to serve glamor as well. And if her “Shit Madonna Says” video is any indication of her acting abilities, you can expect her to deliver a memorable Snatch Game performance.

Miss Shea went to costume design school, which means she knows how to turn out a look. Her incredibly polished aesthetic, performance abilities, and “take no prisoners” attitude is sure to carry her to the finals of the competition.