1. People who use the phrase, “check your privilege”

These are the people who feel it’s their mission in life to inform you and those around you about how the world works and how you should be living your life. Usually it’s the people that are overly educated, or at least pretend to be, trying to enlighten you about how they are superior to you because they took a college course on “Gender and Sexuality”. Instead of telling me how I am ignorant or self obsessed, why don’t you go read some Sylvia Plath and fuck off. 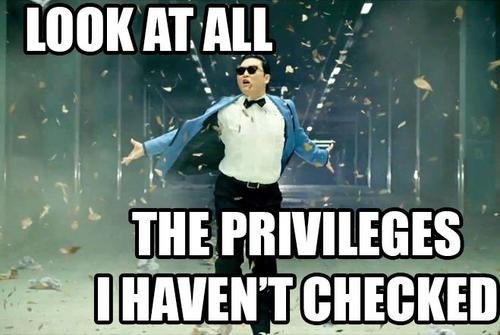 2. People who are too busy texting to hold the door open for you.

These people drive me crazy. The other day some guy held a door open for a girl and she walked right by him without even saying “thank you” because she was too busy texting. I’ve been almost hit in the face with the door before because of situations like this. Texting doesn’t give you an excuse to be oblivious to what is going around you. Put down your phone for half a second and act like a human being or so help me God I will take your phone and pull a Russell Brand and toss that shit.

3.People who ask to borrow your pen on a daily basis and never return it to you.

These people are the bane of my existence. Don’t ask to borrow something if you aren’t going to return it. I’m obviously going to give you a pen if you see I have multiple ones because I don’t want to look like an asshole, but at the same time, I expect you to give it back to me. It’s not my fault you don’t come prepared to class. Today some girl asked to borrow my pen and I loaned it to her. At the end of the class she asked me if I wanted my pen back- only to inform me that she had been chewing on it. So needless to say, she’s now on my list.

I admit that I occasionally send mass Snapchats. I don’t do it all the time though because it’s fucking annoying. I don’t need to know about every little thing going on in your life. Snapchat is meant to be a goofy exchange between just a few friends. I get mass Snapchats from people I have never sent a Snapchat back to. If I don’t respond to your Snapchats, then maybe you should take the hint that you’re annoying me and that I don’t appreciate the fact that you think the sandwich you made was so good it was worth documenting.

5. People who say they just “couldn’t get into Harry Potter”.

It’s common knowledge that the only people who don’t like Harry Potter are the ones who haven’t read the books or seen the movies. Just say you don’t know much about it, but don’t act like you’re above Harry Potter or that it’s a stupid thing to like because it’s so widely loved. Just because something has mass appeal doesn’t make it bad and by saying you don’t like Harry Potter, you’re basically admitting that you’re a classist fuck.

6. People who give their opinion on a debate they know nothing about.

We’re all entitled to our own opinion, but there’s nothing more insufferable than an uninformed and misguided stance. If you don’t know anything about the abortion debate, don’t chime in. When it comes to legal or political things, your opinion doesn’t matter unless it’s supported by evidence. You may have the right to voice your opinion, but I also have the right to not have my time be wasted by someone who clearly has no idea about what they’re talking about.

We all hate the people who tell us to be quiet. You “shh” third graders, you don’t “shh” a grown adult. It’s extremely rude and condescending. If people are being loud in a place they shouldn’t be loud in, then have them escorted out. It’s that simple. But don’t treat us like we’re babies, it’ll just make everyone hate you. Just say, “I’m trying to do something, could you try to keep the noise down.” There are ways to ask people to be quiet that don’t involve you waving your finger at them. The only person who is allowed to “shhh” me is Lucy Hale.

8. People who complain about their significant other but never break up with them.

Everyone has dealt with this. They either have a friend or sibling who spends all of their time complaining about how their significant other is rude/unappreciative/different but don’t do anything about it. If you hate the situation you’re in be proactive or shut up. No one is forcing you to date this person and it’s not fair to your friends to make them sit through your whining. Grow up and sort your life out.

9. People who try to act like your boss when they’re not.

If you’re not my boss, don’t tell me how to do my job. Don’t try to give me the tasks that you are too lazy to do yourself. Everyone has their own way of doing their job so don’t try to force me to do things the way you like to do them. I’m sorry you have a weird inferiority complex and want to boss me around so you can feel like you have some power in your life, but don’t tell me what to do or I will throw a stapler at you.

We all know that you have the right to make Facebook statuses about whatever you want. But that doesn’t mean you should subject everyone to having to read your backwards thinking Facebook statuses. Don’t be controversial just for the sake of being controversial. And if you do have a controversial opinion, realize that you do have some obligation to explain your position. Facebook is a public forum, not a journal, so don’t refuse to back up your opinion if people question it. Don’t just say, “All gays go to hell” and then say that you don’t need to explain yourself or your reasoning. It makes you look like a petty asshole who doesn’t think their opinions through.

5 thoughts on “The 10 Types of People We All Hate”