I usually spend my lunch hour surfing the web or pooping. That’s just who I am. Today I spent my lunch hour a little differently, though- I spent my 55 minutes of freedom commenting on a Facebook post related to Macklemore and queer oppression. Fun, right? The issue basically centered upon whether or not Macklemore was an appropriate figurehead for the queer rights movement. Some said that because of Macklemore people were focused more upon listening to the heteronormative twist on sexual equality rather than the voices of those actually oppressed by the system. Others said that it is good that we have allies like Macklemore who can use the national stage to help advance the cause of the queer community. 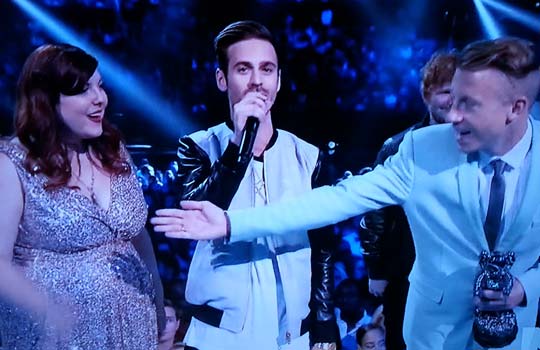 My main problem was not the issue at hand but rather the way people were approaching the dialogue about it. For starters, I cannot tell you how many times the words “appropriation”, “cisgender” and “privilege” were used.  Oh and don’t forget oppression! And it got me thinking about how social justice has become some sort of academic elitism. It’s as if people think that they have more of a right to comment on the issue because they know words like cisgender and privilege. I think college is a great thing. It’s an opportunity for people to explore the world and their minds. But I also think it’s a breeding group for pretentious dickwads. Just because you learned the word “appropriation” in your feminism class doesn’t mean that you are more entitled than others to speak on the subject. Newsflash people, there are usually at least 5 words for 1 concept so just because you use one word that may be “scholarly” doesn’t mean your opinion is anymore valid.

If you know me you know that I loathe the word “privilege”. I’ve seen people toss it around in so many situations simply as an attempt to silence the opposition. I understand that there are certain issues people shouldn’t comment on because they lack the knowledge or experience to truly understand them. But I think we’ve come to a point where privileged people are throwing the word at other privileged people. Straight people are allowed to have an opinion on gay rights because gay rights are part of a broader human rights movement.  But time and time again I see queer people essentially bully potential allies. They tell straight people to check their “privilege” when the straight person asks a certain question or voices a certain opinion. They tell them that because they themselves are not a minority that their stance is automatically one of ignorance and misunderstanding. But I think that’s wrong- I think most of us come from a place in privilege. And those who live in glass houses shouldn’t throw stones.

What people learn in college should be used to inform others not antagonize them. Not everyone has the opportunity to attend college. It’s a privilege not a right, unfortunately. And I think people tend to forget that. They forget that they are privileged simply by being in college and they simply regurgitate whatever their teacher says and throw it at other people to belittle them intellectually. You should know though that you aren’t inherently a better person- experience is often a better teacher than any school. And perhaps maybe you should be the one checking YOUR privilege. 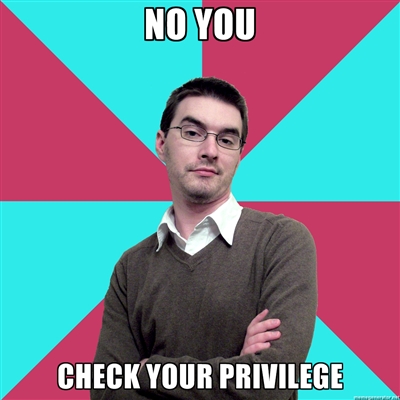 14 thoughts on “No, you check YOUR privilege: social justice versus academic elitism”