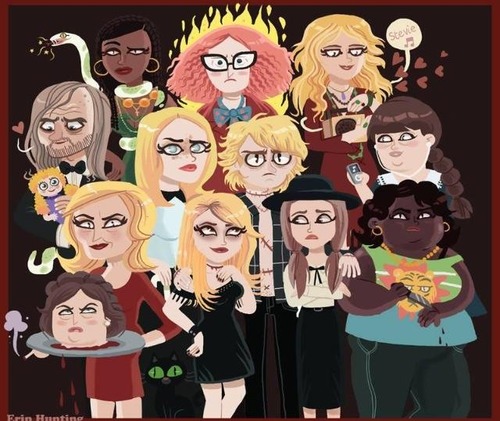 You know I’ve never really understood why Madison wants to be the supreme. I mean she already has everything any white girl wants. She’s skinny, pretty, owns more fur accessories than every other person on earth combined and she’s famous. Perhaps she’s bored and wants to add being The Supreme to her ever growing resume. She’d be a suitable replacement for Fiona- she’s ruthless, witty and isn’t above killing innocent people to get what she wants. And she has a lot of powers. Madison, however, lacks the subtlety of the current Supreme. Unlike Fiona who is tactful and deceptive, Madison is a blatant bitch hoe. And she’s already had her throat slit once- who’s to say it won’t happen again? I secretly hope she ends up being the next Supreme  though because I’d really like some crotchless panties!

Queenie is practically indestructible and her voodoo powers are terrifyingly awesome. I mean how many people can say they’ve taken a bullet to the brain and walked away stronger than before? Queenie has a fire inside her that none of the basic white bitches in the coven have. She’s also incredibly smart and eliminated both Marie Laveau and Madame LaLaurie from the equation. And as she develops her powers it seems more and more likely that Precious could be the next Supreme.

Zoe is the most obvious choice for the Supreme and she’s the girl we’ve been rooting for since episode 1 despite the fact that she has a lethal cooch. She’s arguably the most virtuous of the coven girls- but let’s face it- all of these girls be pretty fucked up. In fact, they’ve all murdered at least one person without wincing. What puts Zoe above the others is that she has an extensive knowledge of potions which none of the other witches have (except for that blind bitch Cordelia). And she has her weird zombie boyfriend who would do whatever it takes to protect her. 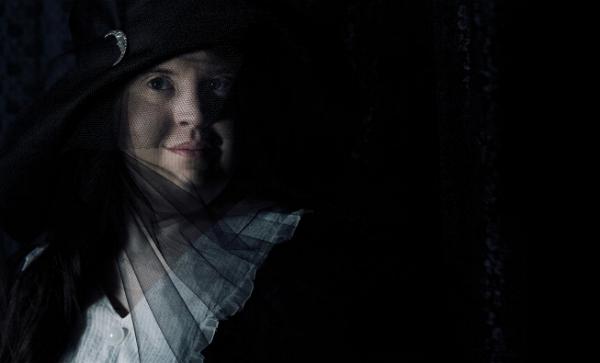 In the words of Myrtle, Misty has “brought back more people from the dead than Jesus Christ”. Out of all of the girls, Misty would be the best Supreme. She’s level headed, diplomatic and is actually capable of doing nice things for other people. The only downside is Misty has no desire to be the Supreme because she knows how shitty having that role would actually be. Props to her for beating the shit out of Madison though.

The landslide brought her down so it’s unlikely she’ll be the next Supreme. Sorry to disappoint! 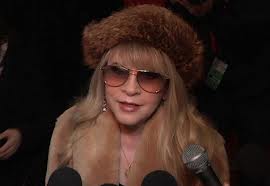 For starters, she buys her hair in bulk from Korea so she clearly understands how the fashion industry works. She’s also delightfully crazy which would make her an entertaining Supreme. Unfortunately because she’s from the same generation as Fiona it seems unlikely that she’ll be a Supreme. But as Myrtle always says, “Don’t be a hater, dear”.

Because even the visually impaired should be in the running to  be America’s Next Top Supreme. 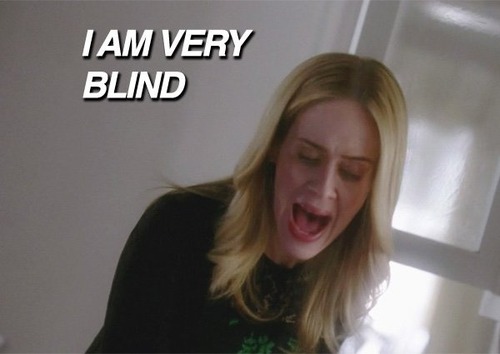 Spalding and his black baby

Because witches are progressive right? Do we think this plot line will be addressed in the series finale? Probably not. Thanks Ryan Murphy for the plot holes! 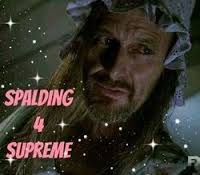 Because let’s face it- she probably planted false memories in the Axe man and is waiting for the opportunity to strike and kill all of these other basic bitches. When will these girls learn that you can’t fuck with someone as fabulous as Fiona?

(fabulous gif down below)