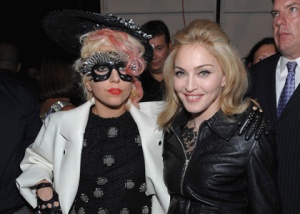 A month or so ago my roommate and I made our way into the depths of hell- a gay club named Paradise in Cambridge, Massachusetts. We had planned on going to the club before but this was the first time we were actually able to convince ourselves to make the trip. And it also helped that the only real options for gay clubs were that and Machine, which was a hell hole we had gone to way too many times. We thought Paradise would be a nice change of scene or at the very least play decent enough music for our drunk asses to dance to. We were wrong on both accounts.

Paradise was a bigger hell hole than Machine. I mean Machine is disgusting but it at least has good drink prices and cute boys our age. Paradise, however, had neither of these things. The club, which looked and felt like Stanley Tucci’s murder dungeon from Lovely Bones was overrun by forty year old gay men. And before you accuse me of being ageist, let me say that they were hardcore judging us from the minute we walked in. Their faces as we walked in said, “What are these Demi Lovato ass loving twink bitches doing here?! Isn’t it past their bedtime?” And the men who didn’t hate our presence stared at us like we were pieces of meat. There was no winning on either side so after about 40 minutes of dancing to god awful remixes, we made our way home.

I’m not entirely sure if this is an issue that straight men deal with, but there is a great divide between young gay men and old gay men. I’ve noticed it myself on several occasions. I picked up on it when I first started using Grindr and saw so many young guys on their profiles saying, “No one over 40.” Although I did see 45 year old men saying no one over 40 as well, which just says that men over 40 don’t even like men over 40. I also noticed the divide when my friend and I performed at a drag show in Provincetown where we were essentially booed off the stage because we chose to lip sync to Selena Gomez and Beyonce songs, instead of Liza Minnelli or Tina Turner.

I think the divide can be attributed partially to different life experiences. Older gay men lived through greater persecution and thus have a more vested stake in the gay community. Younger gays, on the other hand, are seen as being superficial and oblivious to the struggles of older gays. We’re told that we are ungrateful to those that came before us and that we’re too queeny for our own good. Perhaps it is a result of the fact that us young gays were raised in a climate where being gay isn’t as stigmatized. I know personally that because of where I’m from I haven’t faced the same struggles. And as a result, I don’t feel that my whole being gay thing is a big deal. I’m gay but that identification is not nearly as important to me as it is for older gays.

Another important difference is that because gays are a minority we are expected to be more flexible or open to different age groups. But when you think about it- how many 20 year old straight guys are sleeping with 40 year old women or vice versa? Just because there are less gay people in the world does not mean I’m interested in 40 year old gay men. I’m a college student who prefers to spend company with people who are on a similar page to me and I don’t think I deserve to be chastised because I turn down an older gentleman. Sir, I don’t care if you were at Stonewall, I am not dancing with you. So you can go shave your back now.

I will end by saying though that there is ageism in the gay community. Gays over the age of 30 are seen as social pariahs. Its like being 30 and gay is like being 70 and straight. I don’t understand self loathing older gays who refuse to sleep with someone who is their age. If you’re a 45 year old man, you have no reason to refuse to sleep with anyone over 30. Its not as if by sleeping with a 25 year old that you’ll somehow become young again or steal their youth. You’ll still be 40 and they’ll still 25. I’m not worried about being 30 because I don’t think I’ll be hung up on sleeping with youngins’. With age comes experience and I hope that when I’m 30 I’ll identify with people my age more than 19 year olds who have never worked a day in their life.

So in conclusion, let’s play nice men. And no- I will not sleep with you if you are 40. At least not until 40. And let’s face it- I’ll probably be dead WAYYY before that.