Madonna is a lot like Old Yeller in the sense that someone REALLY needs to bring her out back and shoot her in the head. She looks like a geriatric pirate hooker in this photo and I hate everything about it and her.

Several things about Ariana Grande. For starters, why does she always look like she just smelled a fart? Also, it looks like she stole an old gay man’s sash and stapled it to her dress and wore it to the Grammy’s. Ugh insufferable.

I should hate everything about this. I mean they look like lamp shades/old English sheep dogs/eccentric Victorian lesbians. But somehow it all works and at least they’re interesting. 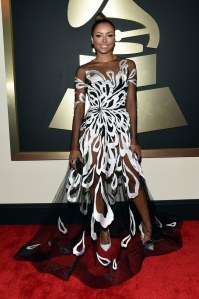 Kat, it’s really brave of you to still go to the Grammy’s after your dress got caught in a paper shredder.

So I’m guessing Kelly just picked up the shreds of Kat’s dress and glued them to her own? 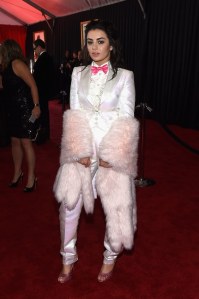 Charli, you’re clearly not “Fancy” if you think going out looking like a poor man’s Janis Ian is okay.

YOU ARE LITERALLY THE MOST VILE HUMANOID HELL CREATURE EVER SPAWNED! 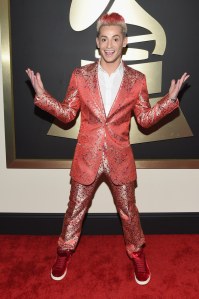 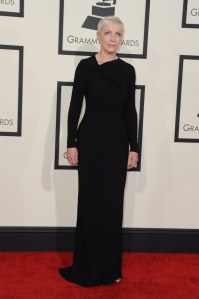 I actually don’t hate this? I love this? I’m having a blank space.

The REAL star of the Grammy’s tbh. 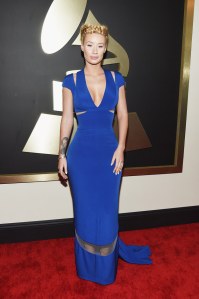 This is v Edelweiss.

Why are you wearing an S&M bathrobe? Also, are you a Komodo dragon or not? Inquiring minds want to know!

Queen Bey kind of phoned it in with this look. But then again, it’s Beyonce- she could literally wear feces to the Grammy’s and she’d still kill it. 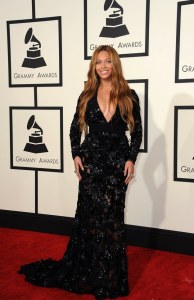 I love her. Even if it does look like she’s wearing a fancy towel. 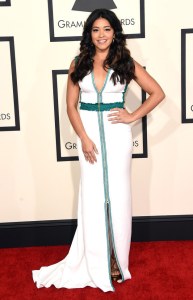 That looks like the loofah I use to wash my ass with! Don’t take my things, Ri-Ri.

That looks like the loofah I USED to wash my ass with! 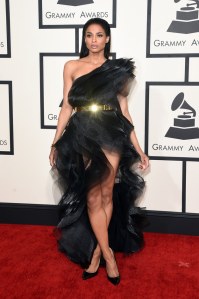