Unless you’ve been living under a rock you’ve probably heard that Degrassi, the defining TV show of our generation, has been cancelled. In order to properly mourn our loss I thought I’d do a definitive ranking of the best characters from the show. As we all know the show went downhill after 2006, so I will only be including the main characters from the first five seasons:

There’s a reason why Toby Isaacs was demoted to a recurring role after just a few seasons of Degrassi, he’s TERRIBLE. He was awkward, aesthetically displeasing, and you couldn’t help but feel sexually violated every time he popped up on screen. He was the TV equivalent of that guy who bought a pair of binoculars just so he could watch you undress from the privacy of his own spank dungeon.

Now I know what you’re thinking: “Who the fuck is Terri?” And that’s a pretty fair question. She was the plus sized model who was beaten up by her boyfriend, remember?! That was pretty much all that ever happened to her on the show.

Ashley was one of the most tiring characters on the show. First she was too perky and then she became too emo and at some point she thought it was okay to torture us with her insufferable music. She was selfish, insecure in her identity, and she broke poor Jimmy’s heart!

I don’t think I’m being controversial when I say that Liberty was atrocious. She was pretentious, obnoxious, poorly styled, and even when she didn’t do something remotely awful you still hated her. In fact, you were probably happy when you found out she was preggers because there was a slight chance it would ruin her life.

Hazel did virtually nothing on the show, but she was Carla in Cadet Kelly and that has to count for something, right? 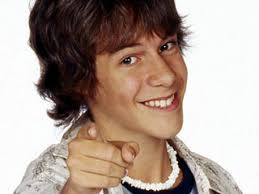 Here’s the first character on the list who actually did something on Degrassi!  J.T. went from annoying pervert to drug dealing dad and you couldn’t help but like him despite all of the poor decisions he made. His murder was a defining moment on the series and it finally gave the other characters something to do, which was great. Yay for teen murder!

Emma Nelson was the Piper Chapman of Degrassi: the whiny white woman who kept things from falling apart. She experienced a lot of things while she was on the show, like gonorrhea! And even though she was really whiny and kind of looked like a praying mantis for the first 4 seasons of the show you still loved her.

Sean Cameron was an asshole. He mistreated women, had no control over his emotions, and had a ponytail for way too long. But he was the defining heartthrob of the series and left his mark on the show.

Side note: he played the little brother in Model Behavior and was in one episode of Goosebumps. I know this because I was in love with him.

Before there was Drake there was Jimmy. JBrooks was such an under appreciated character; he was swaggy, sexy, and I totally would have let him wheel me around the locker room. Jimmy was one of the more complex characters on the series, going from arrogant jock to moody rapper, and it was clear from the moment Aubrey Graham walked on set that he had star power that would extend beyond the show.

As the first openly gay character on the show, Marco Del Rossi was a big deal, especially to young gay kids like me! But Marco was more than just a homo, he was the class valedictorian and a good friend to all of the people in his life. He managed to never be a stereotype and unlike some of his peers, he had his shit together. Snaps for characters who aren’t emotionally unstable!

Craig Manning was by far the sexiest guy to ever attend Degrassi High. He was the troubled yet sexy rocker who you would totally let smash a guitar over your head. If Downtown Sasquatch was a real band I would go to one of their concerts in a heart beat.

Manny was one of the best characters on the show because she actually acted like a high school girl. She was boy crazy, impulsive, and always there for her friends. She had some of the shows best story lines (like the abortion one) and she was a lot more complex and interesting than Emma could have ever dreamed of being.

Spinner may have overstayed his welcome at Degrassi but he was always the most fun character to watch. Like Manny, Spinner actually resembled a real human being. He started the show as a completely immature asshole and ended up leaving a mature, sensitive guy. He was the one character you wanted to be friends with and once he left the show there was really no reason left to watch.

Listen up huns, Paige Michalchuk IS Degrassi. She was the bitchy queen bee we needed but didn’t deserve. She could give Regina George a run for her money any day and I will never EVER forget her epic girl fight with Manny.

Okay so I know I said I’d only be including characters from the first five seasons but there is one supreme being I have to include.

I have no need to explain why she deserves the top spot. She is EVERYTHING. Praise be to HJSinclair.

One thought on “The Definitive Ranking of Degrassi Characters”