At first I thought Madonna went in an out of an affected British accent because she was pretentious, but now I think it’s because she’s an alien outsider struggling to keep up appearances. From her blatant violation of fashion norms to her alleged ability to suck the youth out of her hairless Latin lovers, Madge is an extraterrestrial threat in need of eradication.

People believe Gwyneth Paltrow is a savvy businesswoman for coming up with “Goop”, but what you don’t know is that she’s really just bottling organic matter she stole from her home planet. I mean let’s be real, people, goop is DEFINITELY an alien substance.

I rest my case.

As a whole, the Smith family operates on an entirely different plane of thought and existence. You may think Willow and Jaden are crazy from their seemingly unintelligible tweets, but if you read closely you will see they are simply dispensing the truths of the universe us humans are too primitive to understand.

Donald Trump may seem like your typical racist, fear-mongering narcissist, but he’s way more than that! Trump is actually a humanoid alien from a nearby galaxy who made a bet with his friend that he could trick the dumb American populace into voting for a completely unqualified and openly racist/sexist/tyrannical presidential candidate. Unfortunately, for all of us, it seems his bet is going better than even he expected.

Jay Z, we’ve all seen that photo of you from 1939. We know you crash-landed here in 5BC, and have spent the last few millenniums traveling the globe and peddling your mixed tapes. And don’t think we haven’t picked up on your other immortal rat-faced buddy, Pharell!

People say Tila Tequila is psychotic because she thinks the world is flat and that she’s actually a robot clone, but I’m inclined to believe her! My theory is that she’s a robot that was sent to Earth to gather intelligence, and somehow got her hard drive (“brain”) fried in the process. The only question left then is “why would aliens package their robot as a tiny Vietnamese girl?” 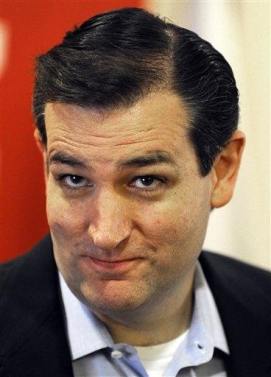 By now it’s pretty much common knowledge that Ted Cruz is the time-traveling Zodiac Killer. My guess is that he escaped the detainment center on his home planet and used their time-traveling technology to come to Earth, murder some folks, and run a very lackluster presidential campaign.10.) Lady Gaga

Fun fact: the music video for “Born This Way” is a shot by shot recreation of Lady Gaga’s home birth video. From her outlandish fashion to her seemingly articulate (but actually completely incomprehensible) interviews, Lady Gaga is as alien as they come. She may not be the alien overlord we deserve, but she’s the alien overlord we need.