5. It Takes Two: Almost like the Parent Trap but better. This movie has everything from a critical analysis of economic disparities in the United States (Mary Kate is a foster child whereas Ashley has a butler named Vincenzo) to Kirstie Alley before she devoted her life to Scientology and only eating Twinkies. The only bothersome thing about this is that they never explain why the twins look exactly alike but are not in fact related. It makes me wonder if I have a twin out there somewhere and if they too are Queen of the Junkyard.

4. Winning London: Not going to lie every decision I made on my trip to London had some sort of connection to this film (including rocking a shirt that read “Juicy” a la Mary Kate). It also had one of the best fashion montages makeover scenes in cinematic history rivaling The Lizzie McGuire Movie and Princess Diaries (“I look like a moose.” “ Yes but a cute moose make all the boy moose go wahhhhh”) and the hot guy from House and Uptown Girls (You go Dakota Fanning! RIP Brittany Murphy). 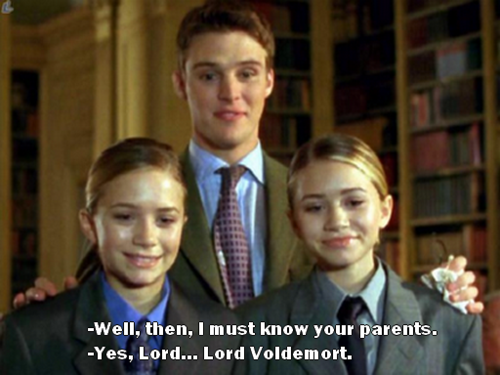 3. Passport to Paris: This movie is exactly what I believe my first visit to Paris will be like: romance with flower delivery boys (how old do you have to be to ride a moped? I thought they were 12), solving foreign policy issues and the consumption of lots of McDonalds. I was also disappointed to learn that neither Michel or Jean were actually French. Or that Jean hasn’t done any other acting since 2000 in The Amanda Show. It is suspected he is now Amanda’s crack dealer. I however will remember him fondly for the delivery of the line “ French girls walk like dis but zee American girls walk like dis “Bonjour, Bonjour, Bonjour oh my gawd.”  It is actually rumored to be former French President Nicolas Sarkozy’s favorite movie and is the reason he hooked up Mary Kate with his brother.

2. Holiday in the Sun: This movie starred Megan Fox before she got a face transplant. It also featured one of the most underrated girl bands ever called Play (they were Swedish and looked like Bratz dolls) and their girl anthem “Us Against the World”. There was also that blonde dude who also starred in other Olsen productions, So Little Time and Getting There  which I never understood because he definitely wasn’t hot so he must of been boning Mary Kate before she got a fetish for elderly french men. 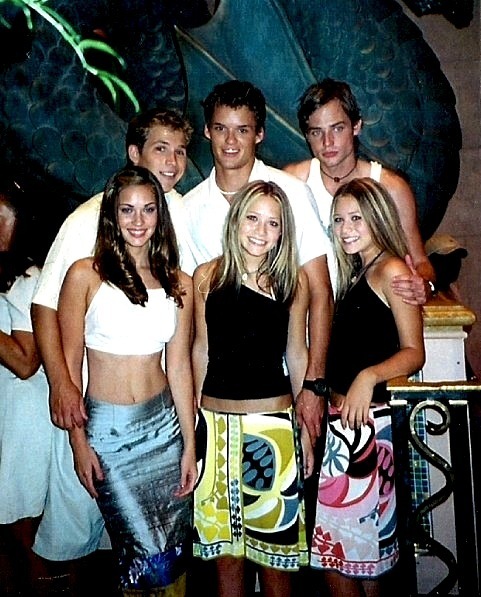 1. Billboard Dad: This movie is so underappreciated. Not only does it feature one of the only leading black people in a MK & A film (who also ends up being a money laundering criminal.. what? perpetuating stereotypes… who?) but it also reminds me of a simpler time before online dating and dick pics. Oh wait and Spencer from PLL played an unidentifiable friend in it so there is that. The plot of this movie could have easily turned into Craigslist Killer but instead we get another  uplifting tale of love through a personal ad. (Another unanswered question.. how do they get his picture on the billboard? Did they paint it? Did they print it at Kinkos? So curious) 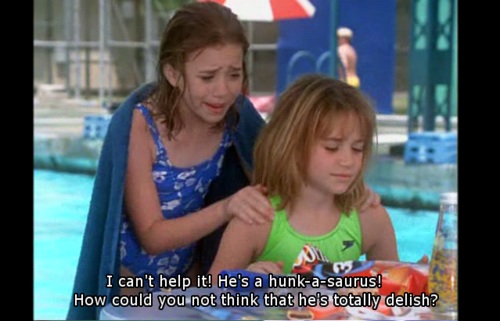