DISCLAIMER: This article is not perks about ACTUALLY being poor. By poor we simply mean middle class, white children who hate their lives because they can only afford to shop at Marshalls.

1. You never have to worry about someone stealing your stuff

We all have a friend who has had their iPhone or other expensive item stolen from them while out and about. As the poor friend, you never have that issue. You could leave your enV2 phone on a dining hall table and come back two days later and find it in the same place. And why? Because people don’t steal  shit phones! So while I may have a phone that looks like it came from a claw machine, at least I never have to worry about it being stolen. 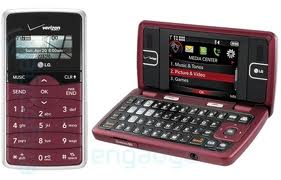 2. You can blame your poor taste on being poor.

Whenever my wealthier friends make fun of the fact that most of my wardrobe is from Abercrombie Kids or Target, I make them feel bad by telling them it’s all I can afford. In reality, I can afford better, I just have the worst taste in fashion.  Your poor taste can go beyond fashion, however, as I tell people that I eat solely Eggo Waffles because it’s all I can afford- but really I eat solely Eggo Waffles because they’re fucking delicious.

3. You never have to worry about mixing up your belongings

Have you ever had a friend come home from a party and realize they accidentally grabbed the wrong pea coat? Well fear not poor people, this won’t ever happen to you! Because it’s pretty clear that the tattered Rugged Bear coat that smells slightly of vomit is yours and no one elses.

4. You can mock your rich friends mercilessly without them being able to do anything about it

We all know that it’s socially acceptable to make fun of rich people. I mean it’s like there’s this accepted belief that because they have more it’s more justifiable for us to torment them. So as a poor person you can tease your rich friend about all of the bougie things they do and have- knowing full well they can’t do shit about it- because everyone knows making fun of a poor person is just petty and mean.

5. You can easily get out of things you don’t want to do.

As a poor person, you can guilt trip people into basically letting you do whatever you want. What’s that, your friend wants you to be the driver for the night? Just tell them you don’t have gas money! What’s that, someone you secretly hate just asked you out to dinner? Just tell them your bank account only has 40 cents in it. Because if you’re going to be poor, at least make it work for you.