Three words: Box office poison. Despite mostly appearing in critically panned, commercial flops, Amber Heard still gets work for some reason. Maybe it’s because she’s stunningly beautiful, or maybe it’s because she’s dating Johnny Depp (who I always assume to be British because of how weird he is), but Amber is here to stay. Well that is until she breaks up with Johnny Depp or gets killed by Machete in real life.

You know that girl in your math class that you want to punch square in the face even though she’s never said a word to you? That bitch is Katherine Heigl. For starters, she only stars in terrible movies and her best performance was in 1996 when she played Alexia in Wish Upon a Star. And second, she just seems like a really obnoxious person. Like she seems a lot like that mom who feels the need to talk 24/7 about her own parenting techniques, but it’s like hey bitch no one cares that you feed your kid organic Go Gurt.

The Rock, or as I sometimes likes to refer to him as, “Vin Diesel”, is a pretty established actor. I mean people must think he has some star power if they’re willing to make him the lead in D list movies. Newsflash people, if the Rock is the lead of the movie you are about to see, you need to reevaluate your entire life. I mean I don’t know why The Rock left wrestling in the first place- getting paid to roll around the floor with other sweaty men in spandex seems like an ideal profession.

Leslie Mann plays the annoying as fuck mother in every movie she’s in. And it doesn’t help that she’s in a lot of movies because her husband, Judd Appatow, is a nepotist who feels the need to cast her in every single one of his 4 hour movies. Judd, if you’re going to make us sit through a movie this long could you at least cast an actress whose voice doesn’t make me want to kill myself?  Also no fair that she got to play both the love interest of Paul Rudd and Zac Efron. Bitch is way beneath those two fine specimens. 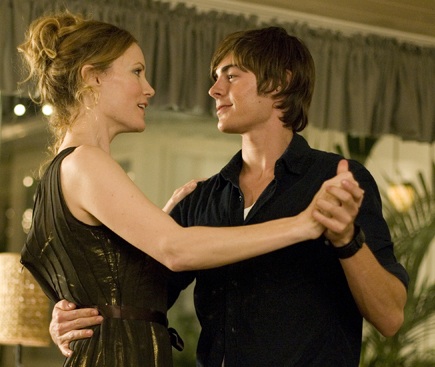 Adam Sandler dominated the comedy genre during the 90s and now…. every single movie he releases is complete and utter garbage. Instead of growing as an actor, Sandler relies on “poop” and “pee” jokes and his films lack any true wit. It’s such a shame that the person I called my favorite actor as a child is now a heinous sell out. AND I’M STILL WAITING FOR YOU TO APOLOGIZE FOR JACK AND JILL, ADAM! 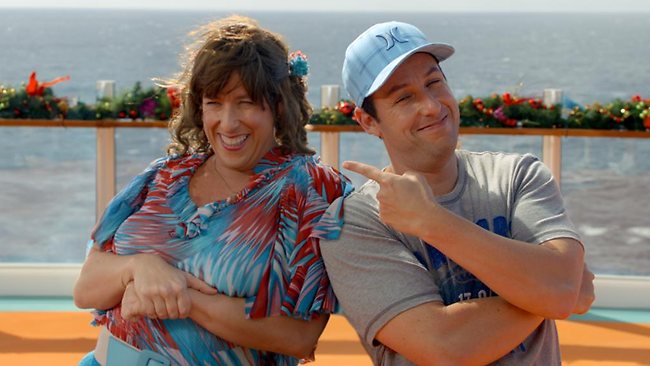 Let’s admit it- we all wish that Karen from Mean Girls was real and that Amanda Seyfried wasn’t. Amanda, unlike Karen, is unfunny, stiff and looks perpetually  afraid. Her characters are always very serious which is so sad because she is completely hilarious in Mean Girls. And who keeps casting her in musical movies? Newsflash, Mamma Mia is HOT GARBAGE and Amanda Seyfried’s performance in Les Miserables is the second worst performance (you know behind, Russell Crowe).

Apparently Ice Cube still does movies that aren’t Are We There Yet?/Are We Done Yet?/ Are We Going to Pick Up Chasers Before We Go To Julie’s/Are We Going To Stop And Ask For Directions?/ Are We Really Making Another Sequel To This?/ Are We Really Making Another Sequel 2 This? I mean he pretty much always plays the same characters in his movie: He’s the stern,scary faced cop/rogue with a secret sweet side who likes kids. But like what’s the point, we already have Liam Neeson for that role?

I try not to be hard on James because I think he’s somehow suffered irreversible brain damage of some kind, but it’s hard to like  him as an actor…because you know he’s terrible. It’s like he doesn’t put any effort into his performances and doesn’t really care about life. I mean the whole “maybe he’s gay” thing is interesting to an extent, but I’m much more interested in what Dave Franco is up to.

I had to actually Wikipedia Dane Cook before including him in this list to make sure he’s actually still acting or working. Apparently the last two movies he’s worked on are Planes and it’s upcoming sequel… Planes: Fire & Rescue (sounds like a winner right?) It makes me feel better knowing that Dane’s career is essentially over because he’s an unfunny, unoriginal douchebag. And it’s not fair that he gets to be in shitty animated movies but Andy Milonakis is sitting in someone’s basement right now eating a bowl of lukewarm soup and doing a line of coke.

Vince Vaughn is a lot like Chandler from Friends in the sense that everyone kind of started to hate him after he got fat. It’s unfortunate that he peaked in Wedding Crashers because he had some potential. And now just like his friend, Adam Sandler, he only stars in shitty family movies. WHY IS FRED CLAUSE A THING, VINCE?! Just because you are the age of a dad doesn’t mean you have to start doing shitty movies only your kids would like.