Most of us can probably admit to using Tinder. There are several different reasons people use it: to hook up, to go on dates, to pass the time on public transportation, or even for an ego boost (guilty). Whatever reason you’re using it for doesn’t matter to me. Tinder is amusing and I think we can all agree on that. With that said there are several issues with Tinder. This isn’t the app itself but it’s how people use it. From a straight girls perspective, you boys have a few things you need to figure out. I know many people don’t take it seriously but there are definitely some guidelines we should set. 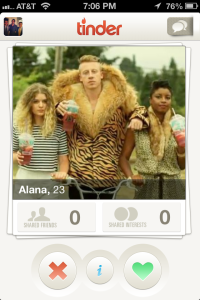 I’m not going to get into the selfies/pictures drinking or any of that business because I could go on all day. Here are the main issues.

a) Make your picture of you.

I’m not interested in seeing a picture of Tom Brady, your car, or any of the other shit I’ve seen on Tinder that clearly isn’t the person. None of these things are going to impress me.

Guys like to play games by posting several group pictures. It’s a game where you have to figure out which one he is only to be proven that it is in fact the ugly one. Almost always.

d) Please don’t only include one picture.

e) Even worse please don’t fail to include any at all. I’m not very interested in dating a gray silhouette.

g) Don’t put up pictures where you’re in the distance.

Got it? Moving forward. 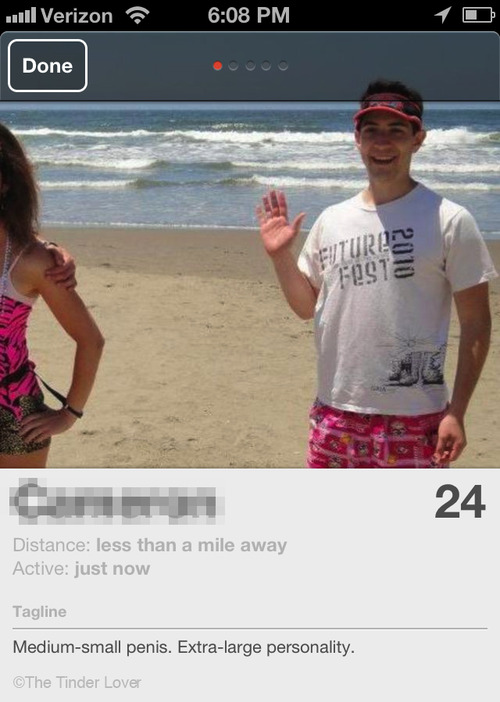 If I could post all the lame descriptions I’ve found I would but Boston is a small city and I’m not trying to put a target on my back. I’m going to reiterate here that I understand that many people don’t take Tinder very seriously. I don’t really to be honest but a lame description still isn’t going to get you very far. Even if you just wrote “I like pineapples” I’d be more intrigued than the shit I wrote about below.

a) The quote approach

This one is easy to mess up. Some go too philosophical, some have the most random shit I don’t even know where it came from. At least try to make it something that reflects your personality and isn’t super generic. I could go on all day about the stupid quotes I’ve seen so I guess all I can say here is think twice before you post something like “live life to the fullest.” Thanks for the advice though, bro.

b) Being a total douche

I don’t know exactly how to describe this but I’ve seen a couple people write “if you aren’t a smoke, swipe left.” First of all fuck off, second of all you get to choose who you like anyway so what does it matter?

I can barely read my peers article on this blog. Kidding guys!

d) Not posting any description.

What can I say? Picture speaks for itself *mirror pic*

Quotes could go under this as well but there are a lot of common things people write. I see a lot of shit like “Does anybody even read these?” or “If anyone asks we met at a bar” 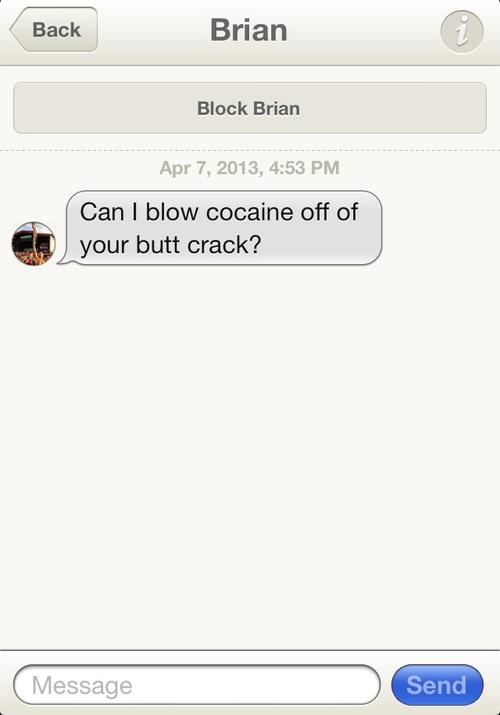 Honestly for this part I don’t have much advice. Fellas just keep doin’ you. Once it’s a match I feel like it’s a free for all. Obviously don’t be absolutely rude/disgusting but I don’t hate the cheesy pick-up lines because they’re kinda hilarious. I could write about guys being too forward and asking girls out too quick but I sorta feel like that’s what Tinder is for. We millennials ain’t got no patience.

2 thoughts on “The 3 Tinder Guidelines”