You know when I first started, “Is This Why I’m Still Single”, I would have never imagined that I’d be dating someone just a month after it’s creation. In fact most of the initial blogposts we made were about how awkward we all were as writers. And now, I’m actually dating someone (not to rub it in or anything, ladies). People jokingly tell me that I should no longer be able to write for the blog that I’m now in a relationship, but let’s face it I’m still as awkward and lame now as I was before I started dating. But it’s strange- this is my first real relationship. Unless you count my brief but passionate relationship with Sammy McFarland, who I dated for 1 ½ days in middle school. (Shout out to you Sammy and the cute imaginary half black half white baby we’ll never get to half together) 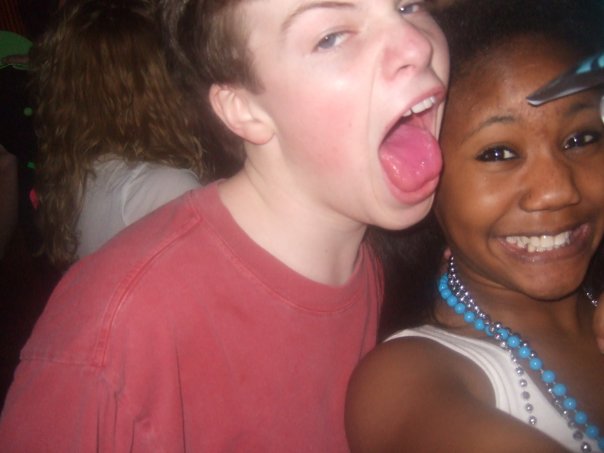 For the first two years of college, I made a slew of statuses complaining about how single I was and how desperately I wanted to find someone to pay for my dinners and shower me with endless compliments. While part of me was simply kidding, another part of me desperately longed to be in a relationship.  I wanted to have what all of my friends who were in a relationship had. I wanted someone who was affectionate towards me and who thought about me late at night. Heck, I just wanted someone to find me attractive and worthwhile.  In fact, I think that’s what I wanted most: validation. I wanted someone in my life who told me that I was special and worthy of being loved. I wanted someone in life who found me physically attractive. I was tired of being the funny, gay friend. I wanted to be someone desirable, I wanted to be more than just a character on the sideline watching everyone else’s happy endings while I stayed home watching “What I Like About You” reruns.

And now I have a boyfriend. And it’s strange. It’s strange having someone who tells you that you’re worthwhile, or attractive if you’ve never experienced that before. And I’ll admit- I’m still pretty jaded when it comes to relationships. I tell myself not to fall in love or go too fast because I don’t want to look and feel naive or stupid.  I don’t want to convince myself that the relationship is anything more than it actually is. I don’t want to fall so hard that I’m unable to pick myself up if and when things end.

Even though I’m happily in a relationship, I still question what the point of college relationships are. I’ve spent my whole life thinking that the point of dating is to find someone you want to spend the rest of your life with. And as a 20 year old- I’m not at all ready to settle down. I want to spend at least another 9 or 10 years unmarried so that I can have the freedom to do whatever (mindlessly eat carbs) without having to worry about someone else. And  have two fears when it comes to relationships. My first fear is that I’ll  marry the  first person I seriously date and end up with a “what if” feeling and regret that I settled down so early. My second fear is that I’ll fall deeply in love with someone only for that relationship to crumble and leave me heartbroken.

In a way, isn’t a college relationship a lot like having a dog? I mean some people meet the man/woman of their dreams right away and end up happily ever after. But what about the rest of us? As far as I know, a lot of people don’t marry their college sweethearts. They spent 1-3 years together, happily, until circumstances or changes of opinion break them up. So it’s hard not to be cynical. And in regards to the dog scenario, what I meant is- people buy dogs knowing full well that they will outlive them. It’s a fact- most humans outlive the dogs they buy. And while you get the opportunity to spend a few great years with that dog- at the end of the day you’re left with nothing but heartbreak when you part with it. The difference being with dating is that in dating you usually don’t end up with the whole “think about the happy times” mentality that you have when you lose an animal. Usually what ends up happening is that the couple lose touch and stop talking to each other. So what becomes of that time spent together? Was it all a waste? Was it simply just filler?

For some reason, college students have this phobia of being alone. I’m one of those people, to an extent. For example, I can’t eat alone in a dining hall because it makes me feel like a friendless loser. But when it comes to relationships, I think people date because of this deep rooted fear. I feel that some people date because they need someone in their life to validate every little thing they say or do. They need someone who will shield them from the world by telling them how special and great they are when in reality- maybe they aren’t that special or great. We all have times in our lives where everything just seems fucked up. We either do terribly in a class, or go through some weird emotional phase and wander about unsure of what we are actually doing with our lives. And it’s nice to have someone there to prop us up and feed us bullshit so that we don’t have to address the real issues in our lives.

I think college is the time where we grow the most. While some people can grow independently while in a relationship, so many people use their significant other as a prop. I won’t lie- growing can be difficult and painful. It’s scary to realize that you don’t know who you really are or what you are doing with your life. But we all need to grow and sometimes that growing can only be done on our own. And we grow the most when we fail.  Coming to college is difficult because it’s the first time in our lives where we are truly on our own, without our parents there to tend to our every need and shelter and protect us from the world. And when you run out and get a significant other, I think often what happens is that you end up hurting yourself by bringing back that protective layer.

So in conclusion- I’m happily in a relationship. I’m trying not to make it into something it’s not because I know how fragile young love can be and I’m not an idiot (at least not a complete idiot). For right now, I see my relationship as a new kind of friendship, but with you know sexual things thrown in. And while I care about my boyfriend in a different way than my friends, I don’t think that caring is any greater than the love I have for my friends or family. I’m not sure what this relationship is or what it’ll really turn into. And maybe that’s what college dating is- simply uncharted territory. But I know that I still have a lot of growing to do. I have self confidence to develop and a life path to pave and I’m confident that I can do that with or without a boyfriend. But I will gladly accept free food until then.