Unless you are a martian or a home-schooled jungle freak, I can assume that you have seen Mean Girls and have realized it’s the greatest thing to happen to mankind since Diet Coke. The first thing I do when I meet someone is slip a Mean Girls quote into conversation to see if he or she is worthy of my time. If they do not immediately get the reference, I know they are not a person worth knowing and that I should avoid them like I avoid the bathroom of an MIT frat house.

Mean Girls is the one pop culture phenomena that every teenager is expected to know. If you are unfamiliar with the film, then to put it frankly: YOU CAN’T SIT WITH US. Mean Girls has taught us many valuable life lessons like: always assume that your friend is talking about you behind your back and you can’t just ask people why they are white. And now that 10 years has passed since we first tried to make “fetch happen” we need to acknowledge that things have changed…

Paula Deen has been diagnosed with diabetes (Fun Fact Paula: BUTTER IS A CARB). We’ve had our first black President (he’s not from Michigan). And the formerly “grool” Lindsay Lohan has committed social suicide roughly 45 times (and that’s not counting the hot mess that is “Liz and Dick”). With this time lapse, some people have stopped quoting the movie because they no longer think it is fetch. Well, you know what I say to those people? BOO YOU WHORES. If anything, Mean Girls is more relevant than ever. With the creation of hilarious YouTube series like, “The Most Popular Girls In School” and the perfectly betchy website, “Betches Love This”, we have great examples of why Mean Girls is, and will always be, relevant: a pretty girl with a betchy sense of humor will always be someone worth worshiping.

Rant aside, I’ve devised a list of Mean Girls quotes that you can use in everyday conversation so that we can keep the film alive and look back to a time when Lindsay was a pretty ginger and not a rotting corpse that borrows money from Charlie Sheen. If you use these quotes correctly, perhaps you too can be as flawless as Regina George (we all know that’s impossible so maybe you should just go out and buy some army pants and flip flops instead.) 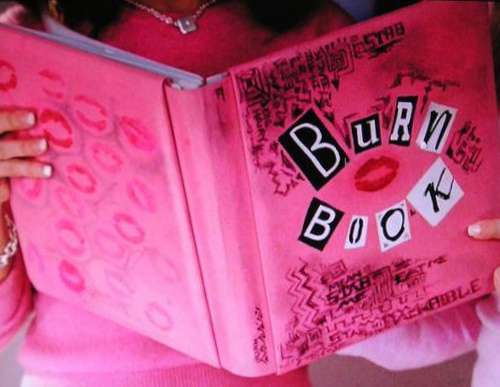 “Get in loser, we’re going shopping”

This quote can be used every day in an array of different situations. It can be used when you pick up your friends from school or when you’re actually planning on going to the mall. Any observers who see you use this quote will appreciate your reference and most likely want to be your friend.

“Hell no, I did not leave the South Side For This”

We’ve all been in a situation where we’d rather watch “Secret Life Of The American Teenager” on loop than be where we currently are. So whether you are being squished on the T between two men who clearly don’t understand the concept of deodorant, or are being kept awake by the sounds of your roommate having sex – yell this quote to get people to realize you’re not going to tolerate bullshit.

“That was one time!”

Use this quote whenever someone accuses you of doing something gross or brings up an embarrassing old story. It says, “I don’t really appreciate you embarrassing me in public, but I’ll pretend to go along with the joke so people don’t think I’m too uptight. But in reality, I am about a second away from bitch slapping you.”

This is perfect for any time your friend says something entirely stupid or dumb that gets on your nerves. Note: you do not actually have to go to Taco Bell to use this quote, it’s the thought that counts.

“Danny Devito! I love your work!!”

This is for those situations when strangers give you unnecessary sass or are blatantly rude to you. It says, “I don’t give a shit what you think about me, you’re just jealous of me because I’m pretty and you look like a Hobbit.” 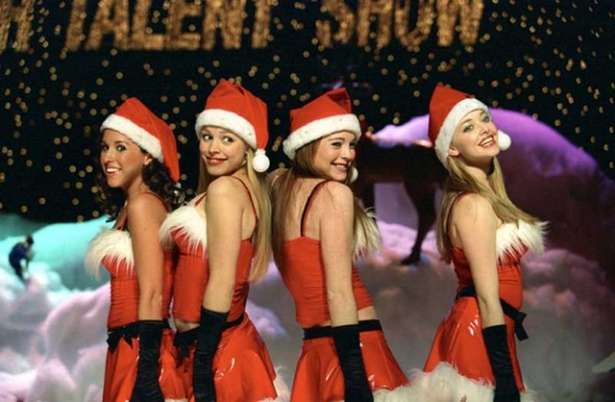 “She doesn’t even go here!”

Use this quote for any situation in which someone who is irrelevant to your life is doing something annoying or obscene. It’s perfect for situations when an annoying person tries to butt into your conversation or act like they run the show.

Comparing someone to the one and only Glen Coco is the highest form of flattery. Use this quote sparingly though and reserve it for situations in which you really feel the need to congratulate your friend for doing something impressive. Or else I’ll push you in front of a bus.

Now, if you’re a die hard Mean Girls fan, you can be a little bit more ambitious and learn Regina’s monologue, which I have entitled, “And Now She’s On Crack: The Janis Ian story and how I couldn’t invite her to my pool party because there were going to be girls there, in their bathing suits, and she was a lesbian”. If that’s too hard, there’s always Gretchen’s “Stab Caesar” monologue.

In conclusion, betches of the world, it is our duty to keep Mean Girls’ legacy alive and quote it as much as we can. By quoting the movie, we can do something essential to our survival as popular beings: weed out all the ugly, unfunny and culturally misinformed people that plague our everyday lives. Just remember: if you choose to ignore my advice and bash the legacy of Mean Girls, you will get chlamydia…… and die.

As originally seen on Her Campus Northeastern: http://www.hercampus.com/school/northeastern/how-become-teen-royalty-plastics-edition