In the fourth episode of season 6, RuPaul finally brings together the two gayest artforms on the planet: drag and musical theater. That’s right, in this episode the queens break off into two teams to perform Shade: The Rusical, composed by Lucian Piane, the man responsible for the soundtrack of the cinematic triumph “Another Gay Movie: Gays Gone Wild.” For the mini challenge our queens play a game of “Female or Shemale” in which they must decipher from a picture whether or not the person in it is a biological woman, or as Ru puts it “a psychological woman.” While Ben and Adore win the challenge, Courtney is chosen for Ben’s team which results in a “Battle of the Idols” between Adore and Courtney. The promos tease that there will be some great dramatic tension between the two singers but nothing noteworthy happens. Adore and Courtney both deliver in the performance, which is to be expected. The real drama of the episode comes from flipper bitch Trinity K. Bonet who spends the entire episode complaining about the difficulty of the choreography.  She’s actually the most insufferable part of the episode- mostly because Gia and Laganja barely get screen time.

Surprisingly everyone actually does kind of well in this challenge. And by does well I mean that no one made me want to do bodily injury to myself or others. Milk, Gia, Bianca,  Joslyn and Laganja  deliver adequate performances and April, Darienne and Trinity end up in the bottom. Courtney ends up winning the challenge but Adore and Ben are also complimented for their performances. In the end, April Carrion sashays away after an intense lip sync for your life against Trinity K. Bonet.  I don’t think I’m the only one who thinks April sashayed away far too soon and that there were other competitors who could have easily left in her place- those queens being the bitch who doesn’t know what the Tony Awards are (Gia), Wannabe Beyonce (Trinity) and the resident fat queen (Darienne). Perhaps we’ll see April again, however, as she could be brought into the competition at a later time. I mean they’re already done that with the other ethnic bitches anyways (Kenya, Carmen)

Ben: While Ben’s onstage persona can at sometimes be a little irritating, she is by and far a much better queen than previous winner, Jinkx Monsoon. For starters, she is actually quite fashionable and well put together. She’s also been consistently in the top with her comedic chops and acting ability. Her comedic timing and sweet nature make her an easy fan favorite.

Bianca: While Bianca is an incredibly talented comic and seamstress, she seems to actually a bit reserved when it comes to acting challenges. She certainly delivers but she doesn’t necessarily stick out as much as she could. If Bianca revs up her onstage energy a bit more she’ll be the one to beat in the competition.

Courtney: For some reason Courtney comes off as a little bland, despite being the prettiest contestant this season. Perhaps it’s because she lacks the edge that make her other competitors so dynamic. To be honest, she’s just too nice. Courtney will most likely be around for a while though and hopefully that will give her more of a chance to show her personality and vulnerability.

Laganja: This week Laganja was relatively put together ( I have yet to see her embarrass herself on Untucked yet). Her look on the runway was polished and she did her best with the small part she was given in the main challenge. While Laganja may be insufferable, it’s not clear yet if she has any major weakness apart from her god awful personality. And even if she does end up in the bottom, we’re all aware that she’s a fierce performer and is willing to fight for her spot in the competition (UPDATE: I have watched Untucked and I can now say that Laganja is so stupid it’s ridiculous)

Adore: Adore slayed the singing competition but the judges continue to have issues with her look and styling choices. While she’s certainly a talented performer and queen, Adore’s consistent sloppiness is going to hinder in the competition. She’s lucky she’s avoided the bottom two but it’s only a matter of time until she lip syncs for her life.

Milk: For someone with such an outrageous drag style Milk is actually quite boring. Her performances have been lackluster and she continually finds herself playing the oddball characters which is making her seem one dimensional. To me, it seems like Milk will coast under the radar for a few more episodes before she finds herself having to prove to the judges why she’s in this competition.

April: I’m a self admitted April Carrion fan and I think she sashayed away far too early. In past seasons most of the competitors who were eliminated were sent home because they performed horribly in challenges. April may not have delivered the best performances but her great send off  lip sync should have kept her and Trinity in the competition. I mean let’s be real here- Alyssa Edwards was AWFUL in the “RuPaul Roast” last season as was Roxxxy and the only reason they both stayed is because of their lip sync. April’s performance in this episode was much better than what either of them did and methinks she was only sent home because she didn’t create enough drama behind the scenes.

Gia: Gia is so terrible that it’s hilarious which is half the reason why she’s still on the show. She’s like the Alyssa Edwards of this season in the sense that they make pretty women and fugly men. Gia’s unintentional funniness will get her to the midpoint of the season until the judges can no longer justify keeping her. But at the end of the day she’ll go because she’s a miserable, elitist bitch.

Joslyn: Joslyn, you keep trucking girl. You may not be as polished as the other bitches but dammit you’re trying. And you’re the nicest, most level headed bitch in the game. I will most definitely be voting you as Miss Congeniality. 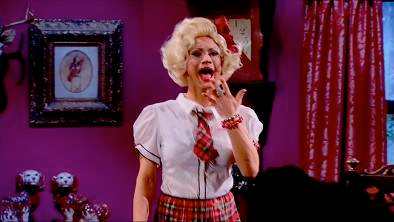 Trinity: Trinity can lip sync and she never does as bad in the challenges as she thinks she will. At the same time, Trinity is so whiney and bitchy that she should go home #byebeyonce 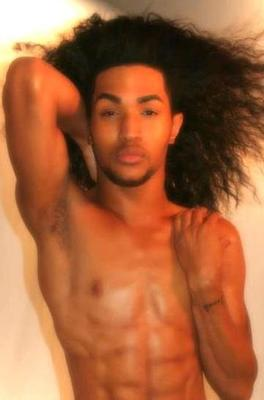 Darienne Lake: Let me start by saying I DETEST Darienne Lake. I think she’s an unfunny, queeny bitch whose mediocrity has flown under the radar. Maybe it’s just because I hate fat queens but this bitch has got to go. 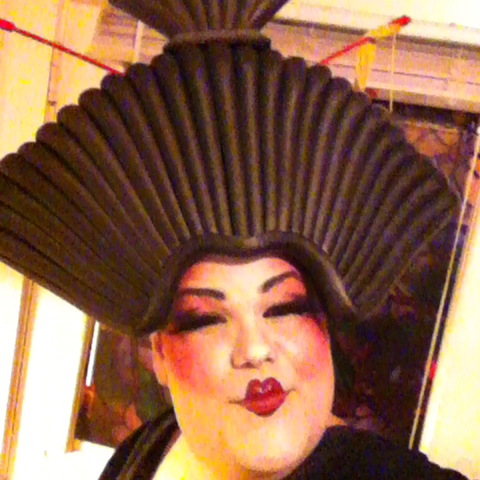