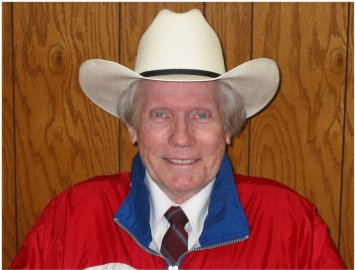 As a gay man, most people would think that I’d be the last person to chastise others for celebrating the death of the cult leading, fag hating, denim abusing Fred Phelps. I mean I have every reason to celebrate, don’t I? If anything there’s one less religious fanatic here to preach messages of hate and bigotry. As some internet users so eloquently put it, “ding dong the witch is dead” Heck, maybe the world will be a brighter, better place now that someone as hateful as Phelps is gone. Everyone has taken to the internet to comment on the passing of Phelps. Some have gleefully suggested picketing his funeral as some form of twisted irony- others have said that they hope Phelps is burning in the place he said the rest of us would end up- hell.

It would be easier for me to say that I hate Fred Phelps because that’s how people expect me to feel. To be honest, I never really saw Phelps as more of a nuisance because I never took what he said seriously. But I understand that there is a lot to hate about him. I mean to say he was a huge fucking asshole would be a bit of an understatement. He spent his life running around with his band of “fag haters” spreading messages of God’s alleged hate. He preached that 9/11 was the will of God and that gay people are less than human and nothing but spreaders of AIDS.  He picketed military funerals; he butchered pop classics by making parodies of them that were terribly sung.

But I can’t bring myself to celebrate his death. Fred was old and frail and his time was at hand. He didn’t die because you all wanted him to die. He died because it was his time to die, not because he deserved to die. And it is my personal belief that he is not spending his afterlife burning in hell like many of you would like him to do. I’m not upset, however, with the people who wish such things for him. We all respond to death differently and come to terms with it in our own respective way. I like to think though that death is a time for reflection. I choose to spend my time thinking about how far we’ve come in this country and the world when it comes to the rights of LGBTQ individuals.  I choose to spend my time thinking about the role of religious in contemporary society and how faith can grow with society rather than away from it. I’m not glad to see Fred go. I’ll be glad when his type of thinking goes.

I once heard someone say, “I think hell is something you carry around with you. Not somewhere you go.” I agree with this statement wholeheartedly. I don’t think hell is a physical place. I think hell is a self-destructive state of mind.  It’s a state in which an individual allows him or herself to be dominated by their negative thoughts and feelings. Hell is waking up and thinking that there is nothing good in the world. It’s waking up and thinking that it’s you against the world.  Fred Phelps was a deeply spiritual man committed to his faith and his conviction is almost admirable. I don’t know how he had the energy to commit to a faith that was based upon so much hate. Hate is a poison and how he could stand to ingest so much of it I’ll never know.

The Westboro Baptist Church is not going to die along with Phelps, although it may become a lot less influential. It is my hope that we all use our energy in a way that is productive and instead of spewing hate like Fred did that we go out and make the world a better place for everyone.