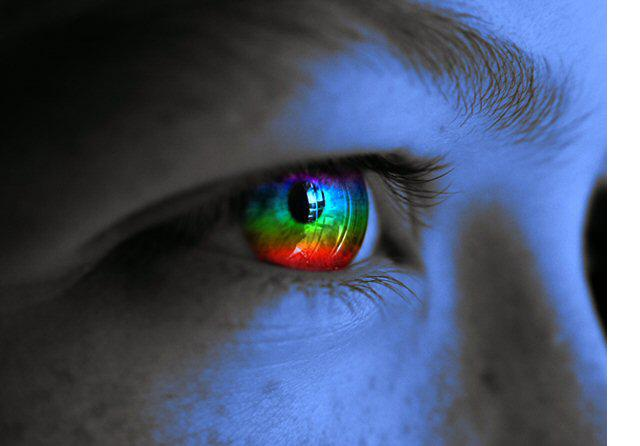 To most people, “LGBT” is the acronym to use when referring to the queer community. But if you’ve ever had to listen to an academic or God forbid a queer theorist you’ve learned that the all inclusive acronym is actually LGBTQQIP2SAA. Yes, it’s actually that long. But if you know anything about the queer community then this long winded acronym is not a huge surprise to you. You see, the queer community (because God knows I’m not  going to copy and paste that long ass acronym over and over) strives to be as inclusive as possible of all gender identities and sexual orientations. So inclusive that it added “2S” or 2 Spirit to the acronym which is something I haven’t been able to wrap my head around despite Wikipedia-ing the term several times.

In it’s quest to become entirely inclusive, the community has been abandoned by many of its members. And I believe this has happened simply because it’s impossible for such a community to exist. As I’ve gotten older and more involved in the “queer community”, I’ve realized how fragmented and complex the community actually is. Each individual queer person wants something different for the community. Some believe fighting for gay marriage should be at the top of the agenda, others believe that marriage is an archaic institution and overtly hetero-normative.

But we still try to label ourselves as a group so that we all don’t feel so alone in our differences. And while it’s definitely nice to have a support system it’s frustrating when people assume that you side with them on an issue simply because you have similar sexual orientations. It’s even more frustrating when society as a whole lumps the two of you together and views you as being identical to each other. To me, it’s similar to assuming that women all want the same thing solely because they are the same gender. Are there a lot of issues that women agree need to be addressed? Yes, but it’s important to acknowledge that just because people want the same thing does not mean they agree on how they should achieve that goal.
How someone’s sexuality and gender identity impacts their quality of life is dependent upon a variety of circumstances such as race, location, class level, etc. I’m a white gay male from a middle class background. I was born and raised in Massachusetts which is fortunately a liberal state and my family had no qualms with my sexual orientation. So from the beginning I’m different from other members of the community. I’m not a trans individual from a low income family. I’m not a black lesbian from a family where being anything but heterosexual is unacceptable. I’ve found that while we may be similar in the sense that we are minorities or that we defy traditional gender or sexual norms, we are inherently very different people with entirely different wants and needs.

I don’t feel like I belong to some greater queer community and that is something I’ve grown to accept. I don’t feel ostracized or left out because I don’t think this community exists. I think instead what exists are individuals with loud voices who try to impose their own views upon those with similar backgrounds. I’ve gotten in fights with many people of the so called “queer community”. I’ve been accused of not supporting my own community because I differ in my beliefs than other gay people.  And it can be a little stressful at first- you start to question if they’re right and if you’re acting like some sort of traitor. But then you realize that this is just one person’s opinion, despite how hard they may try to convince you that it is a shared one.

I’m a person guided by my life experiences and when making decisions I try to be as rational as possible. I think my sexual orientation is an important part of my life and that it has shaped who I am as a person to an extent. But there are so many other things I identify with beyond that. I like the idea of a queer community existing as a place of support and of interest. I like discussing queer topics with people of a similar background and I’ve found that I have a lot in common with other queer people. But I guess when it comes to politics- it’s different. And I’m not comfortable with standing behind a rainbow flag to support a cause I don’t believe in solely because it’s considered a “gay” one.

I think the queer community would benefit from further acknowledging how different it’s members all are. Differences, in my opinion, don’t have to be polarizing or fragmentary. It’s okay to talk about your experiences as both white and gay or black and bisexual. Doing that would be much better than pretending we’re all like minded people with the same wishes and desires. And it wouldn’t hurt to recognize that things like misogyny, racism and transphobia exist in our community- in fact, it would be healthy to recognize such things. At the end of the day, it is not our sexual orientation that shapes the way we see the world and compels us to do the things that we do- no, there are far more influential factors at play that do such things. I don’t identify with the queer community because I don’t believe it truly represents me.

And I’m truly sorry if that upsets people or makes me feel like I’m abandoning them or identifying with hetero-normative culture or whatever bullshit you want to call it. Just because I’m gay doesn’t mean I’m a queer revolutionary or I want to change the world- that would be giving me too much credit. I know it can be scary to stand on your own and that people cling to their identities because there is certainty in that. I really do applaud the queer revolutionary types that are willing to do what they believe is necessary for a cause they believe in. I applaud anyone who is willing to take a stand and fight for a cause. But know that I don’t feel bad that I’m not standing with you. I don’t owe you anything just because we’re similar. In fact, maybe we’d both get more of what we wanted if we acknowledged how different we were.

3 thoughts on “Why The Queer Community Doesn’t Actually Exist”