Kat’s last on the list because it’s entirely impossible to fill the shoes of such a flawless predecessor.  Despite her interesting backstory (being brainwashed into serving Rita Repulsa and having the ability to shapeshift into a cat), Kat’s last minute addition to the team didn’t really do the show any favors. And while she proved herself on later Ranger series, Kat never really shined in this one. Extra points though for being Australian!

Along with Jason and Zack, Trini was replaced halfway through the series (as a result of contract negotiation issues). But we can’t say she was sorely missed.  For starters, her portrayal was awkward because it reflected how dumb the producers of the show were (why you gotta cast the Asian girl as the yellow ranger, Saban) and she was less exciting than her team mates. She was a shy intellectual which in retrospect was a nice addition to the show. She was a smart environmentalist with a knack for Kung Fu.  It’s unfortunate that the show’s main audience was 8 year old boys who were too busy being mesmerized by Kimberly to give a shit about Trini.  (And yes, I do know that she passed away in a car accident. I just left that out because this is supposed to be LIGHTHEARTED!)

It’s hard to put the newer additions to the team high on the list because preference is always given to the original. Adam was a good addition to the team and he provided some ethnic eye candy to the show.  The issue is that I remember very little about his character which means he must have been pretty forgettable. Adam like Tommy and Kat ended up being a regular in the Power Rangers universe and became more fleshed out in later seasons.  Also, subtle move Saban making the black ranger asian and the yellow ranger black…WE STILL KNOW U DUMB!

I don’t remember much about Aisha- but I can recall her being satisfyingly sassy in the “Mighty Morphin Power Rangers” movie. She brought a new energy to the show and she made the show entertaining to watch. I’m pretty sure she was the first black character I saw on television and I really identified with her energy and enthusiasm. And her braids. God, I loved her braids.

Kudos to Billy for being the only Power Ranger to serve the entire MMPR series. With that being said, I HATED him. For starters, he looked too old to be a high schooler. This was also back when nerds weren’t cool yet so I found his brainiac tendencies to be annoying and lame. Maybe I didn’t like him because he stuck around the entire time- or maybe I hated him solely because he had glasses. The world will never know. (I SHOULD HAVE BEEN THE FIRST GAY POWER RANGER lol jk sorry they bullied you for being gay. They’re assholes)

Rocky is the best addition to the MMPR team! And I’m not just saying that because I found him to be hot as fuq when I was six years old. (Yes, I had gay tendencies as a little kid). Rocky was funny and athletic and kind of douchey which is what every girl and gay is secretly attracted to.  He was a really good guy, underneath it all and he was always there for his friends. He was just a cool guy. And he was REALLY hot.

As the original Black Ranger, Zack Taylor had swag. He made being cool seem effortless and he added enough diversity to the team to make them seem legit and not just a bunch of vanilla bitches. Zack’s character is usually overshadowed by the whole controversy of him being the “black ranger” (it didn’t help that his character was also super into hip hop) but the actor who played him did a good job at making him balanced. Also his wardrobe was so 90’s I can’t even.

If you were a boy growing up in the 90s, the Red Ranger was your favorite one. Jason was a natural leader and he was so bad ass. Sure he was a butterface but he was also on roids and strong enough to split bricks. He has so much testosterone and it’s always a good time watching him and Tommy duke it out. Jason is what every boy wanted to be. There’s a reason why he was voted the #1 Red Ranger of all time.

When you think of Power Rangers in general, you think of Tommy Oliver. He’s been involved in the show in one way or another for over a decade and he has an awesome backstory. He first started off as the evil Green Ranger before finding his place as the White Ranger, the unofficial leader.  Tommy was someone you looked up to because he seemed on top of his shit. He was a level headed guy with a complex story which made him captivating. He also rocked dat pony tail and his relationship with Kimberly was one of the high points of the show. 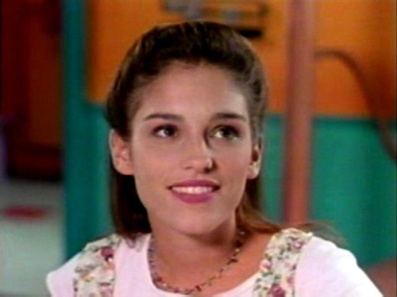 This is non negotiable. Kimberly is literally FLAWLESS. She’s insanely beautiful, knows the importance of a good comeback and can kick ass all while wearing a completely unnecessary skirt. She is what every girl wanted to be and who every boy wanted to be with. I can confirm this- as a child I wanted to be both her and be with her. She also has a great character progression from a selfish Valley girl, to a complex boss ass bitch. I’ll always love you Kim! (I even have a Pink Power Ranger shirt in her honor which I’m not allowed to wear because APPARENTLY it’s too tragically gay.)