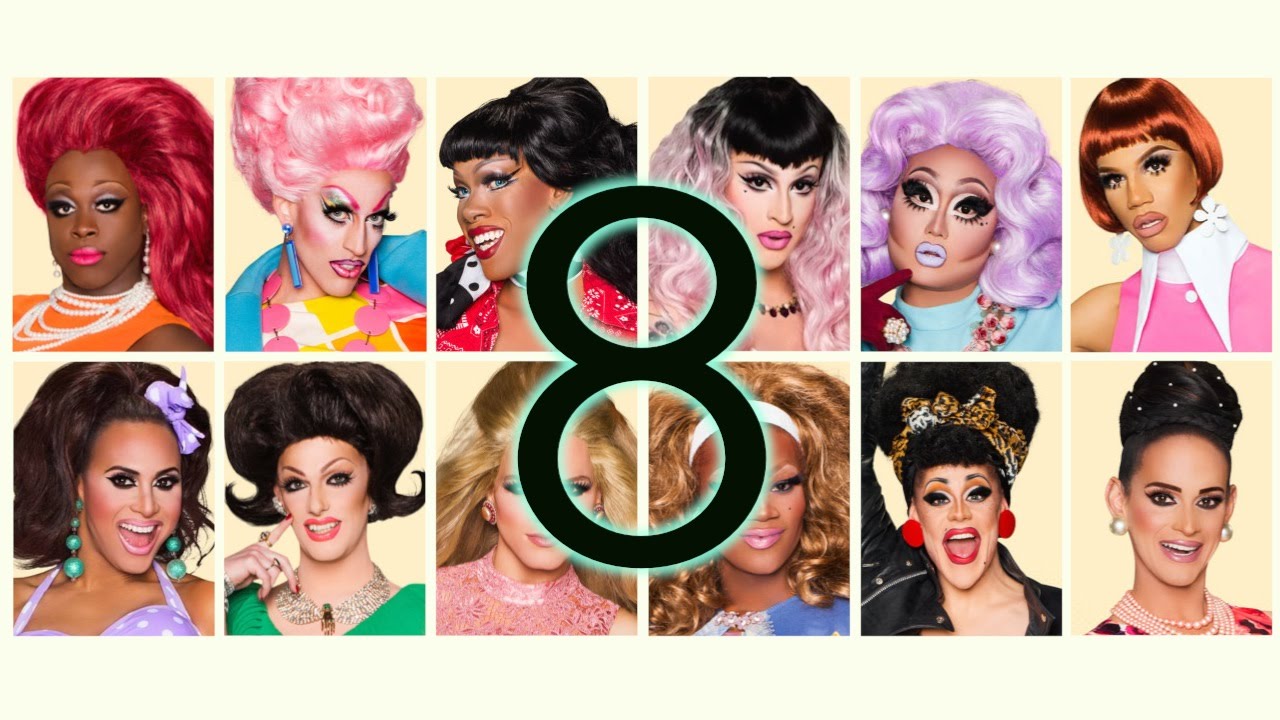 Hello, prostitution whore-ses! Welcome back to my weekly RuPaul’s Drag Race Recap where I discuss everything I learned from Reddit three days before the episode aired. Episode 3 begins with our queens heading back to the workroom following the double elimination of Laila/Lyla/Lisa and Dax. Mama Ru’s announcement that a former queen is about to reenter the competition has all of our queens on edge, but they must compete in a Supreme Court style mini challenge that has them dragging up judges robes’ and serving Judge Judy realness before finding out who’s back. Naomi wins with her excessive tongue popping persona, and as soon as the challenge is over our returning queen emerges: Naysha.

Overall, the reveal is underwhelming. Naysha’s performance in the first episode was a hot mess, and a return this early in the game feels anti-climatic and almost disrespectful to the queens who just sashayed away. Props to Laila for being the first queen to ever lip sync on two separate occasions and still go home first though! And my deepest condolences to Shangela who suffocated backstage in an airless box as she waited to be revealed as the returning queen.

Naomi and Naysha are assigned team captains of an acting challenge inspired by Fox’s Empire. From the very beginning, Naomi’s team has the upper hand: her team has the black girls. As Chi Chi eloquently puts it, “I think the other team should be worried because they have a lot of girls who are just, like, not black.” What follows is an entertaining albeit cheap mess of racial stereotypes and black appropriation.

Thorgy and Acid Betty deliverable memorable performances, but Bob that steals the show as Chocolate Chip Cookie, a role inspired by Taraji P. Henson’s iconic character. For the first time this season Bob’s talent truly shines and she shows both the judges and the audiences why she has been predicted to win the entire season. She shows sharp timing, incredible commitment, and a knack for improv that blows the other girls out of the water. Chi Chi, Naomi, Kim, and Naysha deliver adequate if not subpar performances. Robbie, Derrick, and Cynthia, however, fail to incorporate judges’ critiques and bomb the challenge.

What makes this episode is the runway theme: Roller Rink realness. Watching Mama Ru skate down the runway is akin to seeing Jesus Christ walk across water. The theme is campy and creative and it’s a joy to watch the queens skate down in style. Thorgy serves simple, but well executed Three’s Company realness, Acid Betty gives us Mad Maxi Pad, Bob delivers Basic Tron, and everyone else kind of just shows up. Naomi gives us what we’ve come to expect from her (legs), Derrick looks like a Katy Perry loofah, Cynthia serves busted Coyote Ugly, and Kim delivers us an avant-garde look that is somehow unmemorable. Chi Chi and Naysha completely fade into the background, and given that this episode ushered in Naysha’s return, it only makes her reappearance feel even more unneeded.

Here’s a look at the runway:

Naomi, Naysha, Chi Chi Chi, and Kim sashay to safety, and Bob, Thorgy, and Acid Betty continue to dominate the top. Derrick is spared from lip-syncing, and Cynthia, who failed to impress with her runway, and Robbie, who under delivered in the acting challenge, are up for elimination. When Ru offers the queens the choice between performing on heels or wheels it becomes clear that this lip sync was designed for Robbie to win. She’s an incredible roller skater and the producers knew by throwing her in the bottom she could deliver an amazing performance. Let’s be real, virtually none of the acting challenge was shown in this episode; it’s very possible that things were edited in a way that would justify the inevitable bottom 2 placement. But let’s forget the editing mischief and just enjoy the show for what it is!

In the end Robbie slays the lip sync with her skating skills, but Cynthia puts up a noteworthy fight. It’s a bittersweet moment to see Queen Cucu sashay away. She’s one of the sweetest and goofiest queens to hit the runway. Guess that’s the way the cookie crumbles!

Finally, Bob delivers! While she may not have had the most memorable runway look, she gave one of the best acting performances of any queen on Drag Race. Her star power is undeniable and her charisma is unmatchable. If she can step up her runway game she’ll be in a shoe-in for top three.

Thorgy is the strongest contender for the crown at this moment. She’s stylish, kindhearted, hilarious, and has a magnetic personality that makes her impossible not to love. She’ll need to deliver some more unique looks though if she wants to impress the judges.

Acid Betty has been one of the most consistent competitors this season. She can sing, dance, and boy can she turn out a look like no other. Unfortunately, she’s still not incredibly likable, and the judges continue to give her annoying feedback that I’m sure is meant to push her over the edge. Chances are if she isn’t awarded a win soon that she’ll get a Shannel edit and go Miss Mandarin/Hannibal Lecter on the judges and eat Carson’s face.

Naomi
Naomi is the beautiful queen of the safe zone! Her performances in the challenges have been adequate enough, but she’s blending into the background with her predictable looks and quiet personality. Girl needs to step her game up and take charge if she wants to stay in the competition.

Let’s be real, Kim’s performance was stereotypical, ridiculous, and awful. Kudos to her for trying, but she’s really struggling to get a handle on the performance challenges. If Kim channels her insane creativity into her performances and pushes through her self doubt she’ll be able to deliver, but if not it feels like the editors will continue to carry her storyline until it is no longer sustainable.

I’m going to go out on a limb and say that Derrick wasn’t one of the worst ones in the acting challenge! Okay, she wasn’t good, but her performance seemed average, and her runway was fine. I’m not saying she’s top 5 material; I’m just saying there were other queens that deserved to be under the same level of scrutiny as her.

Chi Chi did a great job last week, but it’s clear she’s no real actor. It’s a shame that the queens of color in this competition are being forced into playing ugly racial stereotypes. It’s pretty fair to say that if she wasn’t given a “ratchet” character that she would have tanked, and even with the stereotype she failed to make an impression with her performance or meh runway look. Don’t get me wrong, I love Chi Chi; I just think she’s phoning it in.

Are we sure Naysha was in this episode? I’m pretty sure she just walked in, picked up a lip gloss she accidentally left behind, and then sashayed away again. Her performance was boring, she was barely shown in the workroom, and her look was basic. Naysha is a beautiful queen, and allegedly a fantastic performer, but I have yet to see anything from her that justifies a return.

Robbie’s performance was bad, and her comments on the runway were even worse. Props to her though for turning out a fantastic lip sync- even if it was rigged in her favor. Robbie’s drag has yet to inspire me, and I still haven’t seen anything in her that Jinkx didn’t also offer. My hope is that she gets her shit together and gets out of her head. If not, she’ll be going home very soon.

Oh Cynthia, I loved your Cucu and I’m so sad to see you go. You may not have had good runway looks, your acting performances may have been so-so, but damn you were entertaining and wonderful! I’m praying WoW gives you an Alyssa’s Secret  style web series ASAP.